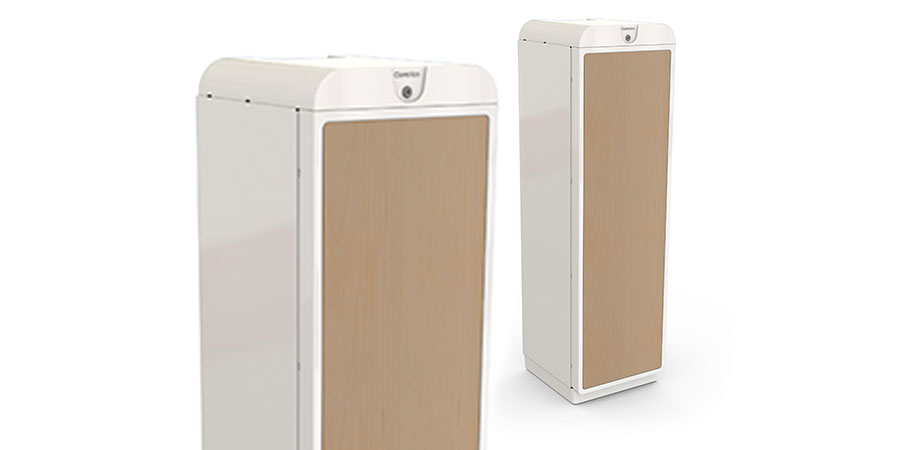 In the fall of 2014, Caverion’s apartment-specific fire extinguishing system got a new look, new design and updated technic in Huld. The key to fast product development has been the seamless co-operation of the designers and mechanic engineers. The apartment-specific fire extinguishing system developed by Caverion and the security cluster of Pirkanmaa was awarded with the innovation award of the Ministry of Interior’s Fire Protection Fund in the fall of 2014.

The apartment-specific fire extinguishing system developed by Caverion and the security cluster of Pirkanmaa increases especially the housing security of the elderly and reduces damages in case of fire.

Kaisa Korkala, Development Specialist at Caverion, says that the extinguishing system was originally intended to be the size of two standard-sized washing machines and only be placed into a closet, technical room or bathroom.
– When we started our co-operation with Huld we soon noticed that we were getting much more help that we needed, not just design. In the hands of Huld’s designers, the system grew to a professional product that does not have to be squeezed in a closet like the original idea suggested. Thanks to Huld, the extinguishing system is now furniture-like and there are several alternatives for placing it. Furthermore, it can still be moved from one apartment to another, Korkala sums up.