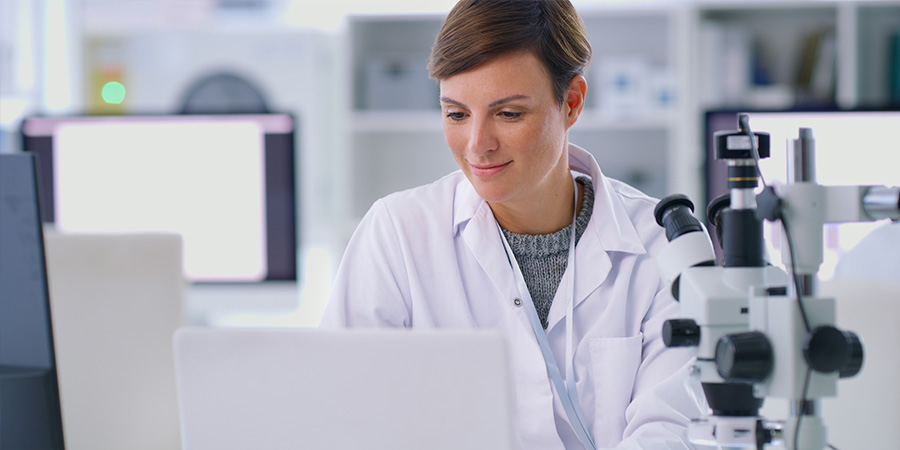 With a constant daily flow of incoming e-mail, even critical messages can easily be lost in our everyday communication. South Karelia Social and Health Care District (Eksote) wanted to make sure that personnel receive critical messages immediately without any delay.

For an organization such as Eksote, well-functioning internal communications are highly critical. E-mail was previously used in Eksote to distribute important internal messages. This way of handling the message flow was nevertheless considered very time-demanding and laborious. With several dozens of incoming e-mail messages every day, important messages were easily ignored altogether or detected too late, sometimes even after the event already had taken place.

To make distribution of critical messages more effective, as well as to allocate them better and make them more visible among other messages, Eksote mapped out various solutions and possibilities for communication. As it soon became apparent, solutions that were already available included many functions that Eksote did not need. These solutions were therefore either too heavy or too cumbersome to be practical. In addition, Eksote wanted to cut back the amount of non-critical messages and asked for a very simple solution with easily definable software user rights. It was also important that the messages could be allocated and sent to a specific group of personnel at the right time. For example, it is unnecessary to let the whole staff know about a service break that affects only one of the premises. Huld’s experts used this background information and came up with a simple and easy-to-use, yet effective software called Pikatiedote (roughly translated as “Fast Messaging”).

“Here at Eksote, we have a crucial need to inform our personnel in real time, for example when a service break is due in some critical system, alternatively when people again can proceed with their work. With this system, a message of a future service break appears on workstation screens. It informs the user that the break is about to begin for example in an hour, and prompts them to save all unfinished work, as well as informs them when the break is over. Thanks to Pikatiedote, our personnel gets the messages more reliably than via e-mail, and the amount of interruptions to their work is greatly diminished”, says Eksote IT Service Manager Mikko Rautio.

No More Interruptions Due to New Functions or Maintenance

Project development included collecting the needs and use cases typical for Eksote’s everyday communications. This design phase was conducted in cooperation with experts representing both Eksote and Meita Oy. As a result, several use cases were identified and these challenges could be solved with the introduction of the new fast messaging software, Pikatiedote.

For example, system maintenance breaks resulting in dozens of questions directed to IT support was previously a common phenomenon. This does not mean that the maintenance break was unannounced, though. Instead, the end users had – due to reasons unknown – not reacted to the information that was sent by e-mail. Now, information about future maintenance can be sent via fast messaging in good time. To make sure that all involved also have read the message, it can be combined with a “request sign off” feature. Messages can also be written in advance and published according to a prescheduled timetable. The system takes care of publishing the messages automatically.

“Pikatiedote has been very useful to us. We have benefited the most of messages that inform the users of when breaks are due and when they are over. Thanks to these messages, we are no longer drowning in e-mail. Furthermore, the solution has been found useful also in other issues concerning communication”, Mikko Rautio says.

Pikatiedote has also been implemented in time-critical situations where it was necessary to inform the users about deviations in the normal routine. In cases where one of the systems have malfunctioned, Pikatiedote was used to let the users know that the situation is under control. That way the company’s IT Service Desk does not have to deal with dozens of people reporting the same problem.

Allocating fast messages to specific target groups or users required a software that could make use of already existing user groups and definitions in the health care district. Messages can be categorized according to their nature and importance. In case of critical messages, it is also possible to combine the message with a “request sign off” feature.

It was important for Eksote to make sure that the software was developed making use of already existing security principles and definitions. Pikatiedote is based on secure implementation of user data and data access groups, which means that the Pikatiedote messages are visible only to identified users.

“When it comes to software providers, we appreciate agility, high quality, fast service, and especially cost-effectiveness combined with the ability to produce the functions we ask for. All the above must also be done regarding security aspects, without exceptions. In the case of Pikatiedote, our paper list of hopes-and-dreams was quickly converted into a software in production use”, says Mikko Rautio.

In general, the personnel have welcomed the application with open arms. Eksote has centralized its distribution of fast messages with the new, easy-to-use software. The personnel need to get up-to-date information on events that affect just them, and Pikatiedote has proved to be a fine communications tool.

“End users have not objected to the messages appearing on their screens. We have been able to use varying messaging styles. One of the functions end users appreciate is that the message can also be delivered as ‘very critical’, which means that the end user must react to it in order to set it off. This way, it is impossible to ignore them”, Mikko Rautio says.

The solution produced is as flexible as possible in order to enable possible future updating needs. Any new functions can easily be added in the existing software.

“Developing the software is by no means over yet. We at Huld want to keep our “finger on the pulse” and are eager to hear what our end users think of the product, so that we can update Pikatiedote to meet the changing needs of the future”, says Huld customer manager Janne Luoma.

How to prepare for data breach attacks?