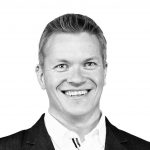 Information about the surrounding world can be obtained in many different ways. The method that rarely comes to mind is the satellites orbiting the earth. We can track our food messengers from the map of a mobile app, and we can check the weather data in real time across the globe – satellites are the ones providing us with this information.

Satellites generally orbit the Earth at a distance between 400 and 40,000 kilometers, depending on their use. The orbital period varies from one and a half hours to days. The satellite itself is a vessel carrying measuring devices such as cameras, radars, or telecommunication instruments. Observations are made using infrared, visible light, or radio frequency wavelengths.

Each wavelength has its own strengths. For example, a radar is an excellent tool when visible light cannot be used for observation due to lack of light, clouds, or rain. Infrared light, on the other hand, sees wavelengths that can be useful when examining, for example, natural conditions or heat sources.

Satellite observations then and now

The last decade alone has brought into the industry a number of commercial operators whose satellites produce very accurate images at different wavelengths. In the news, we can follow, for example, Maxar’s image data of events in the world. There is also a radar satellite company in Finland, which produces, for example, up-to-date and accurate information about the effects of natural disasters.

At Huld, we have been working on satellite data since 1989. For more than 30 years, we have participated in a wide range of imaging initiatives concerning the state of the environment ranging from ozone to atmospheric pollution, from the state of the forests to marine ice cover monitoring and blue algae observations.

Space weather is a phenomenon produced by solar activity. Probably the most well-known of these phenomena is aurora borealis. Aurora borealis has its disadvantages: for example, satellite communication and satellite navigation may suffer from the phenomenon. Object tracking, on the other hand, is divided into two categories: satellite and space debris tracking (i.e. human-made objects) and the tracking of asteroids and meteoroids (i.e. natural objects).

When talking about remote mapping, SSA focuses on tracking satellites passing above us and assessing their ability to generate intelligence about us. Huld also has expertise in the field of Space Situational Awareness.

The author is Matti Anttila, Business Development Director of Huld’s Space & Defence business, TkT, who has accumulated solid experience in the industry for over 20 years.

From Data Analytics to Data Management