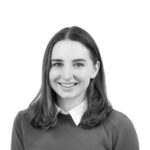 The fourth year of an event called Czech Space Week took place in the Czech Republic in November. This event is the biggest festival of space activities in Central Europe. Huld was a proud partner of the event also this year.

The whole event was composed of 38 events such as EUSPA Open days and workshops, ESA Space Solutions conference, Central Europe Space Industry Day, or even a concert of space film music. The business managers and also our skillful developers took part and were able to meet people from the space community in Czechia and surrounding countries.

During the Central Europe Space Industry Day we had many B2B meetings but also presented our amazing space projects such as Mission Control System ‚Orbitcon‘, GNSS receiver ‚TIIRA‘ which is under development, and also showcased WISA Woodsat which will launch to the orbit hopefully next year.

We could observe that the Czech space industry and research environment are growing and starting to be more and more ambitious. Even people such as ESA Director General Josef Aschbacher, Head of Innovation and Ventures Office in ESA Frank Salzgeber, or former Director of NASA Ames Research Center Pete Worden came to the Czech Republic during the few past weeks and complimented the Czech engineers, developers, scientists and businessmen on their skills and courage.

If you are a fan of space you can listen to an interview with ESA Director General Josef Aschbacher here.

We hope that Huld will still be recognized as an acknowledged company that will take part in great ambitious European projects together with our partner companies in the following years.